Red Norvo performs the classic standard “All of Me” with his trio.

Tiring of the complexity of larger groups, Norvo formed a trio in 1949.

When the original guitarist Mundell Lowe quit he was replaced with the relatively unknown Tal Farlow.

Tal’s ability as a musician benefitted greatly from the experience and he left in 1953 to pursue his own career.

Before his departure in 1951, bassist and composer Charles Mingus was also briefly a member of the trio. 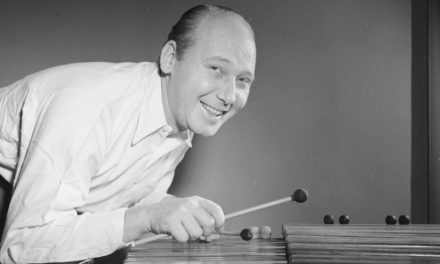