Pianist, arranger, and bandleader Claude Hopkins was born on August 24, 1903, in Alexandria, Virginia.

From a young age, Hopkins was a very skilled stride-style pianist. He worked with a number of bands both in the U.S. and Europe before finding success with his own big band, whose arrangements deliberately showcased Hopkins’ piano.

After the band broke up in 1940, Hopkins worked as an arranger and sideman in various New York City Dixieland groups.

Decades before the music video era, swing bands made themselves familiar to the public by appearing in feature films and shorts.

Claude Hopkins and His Orchestra are joined by vocalist Orlando Roberson and dancers the Four Step Brothers in this 1933 short film titled “Barber Shop Blues.”

Hopkins led his own orchestra from 1932 to 1935. Although never achieving the ubiquity of other ’30s bandleaders like Benny Goodman and Count Basie, Hopkins was an enormously talented pianist who recorded steadily with his band. 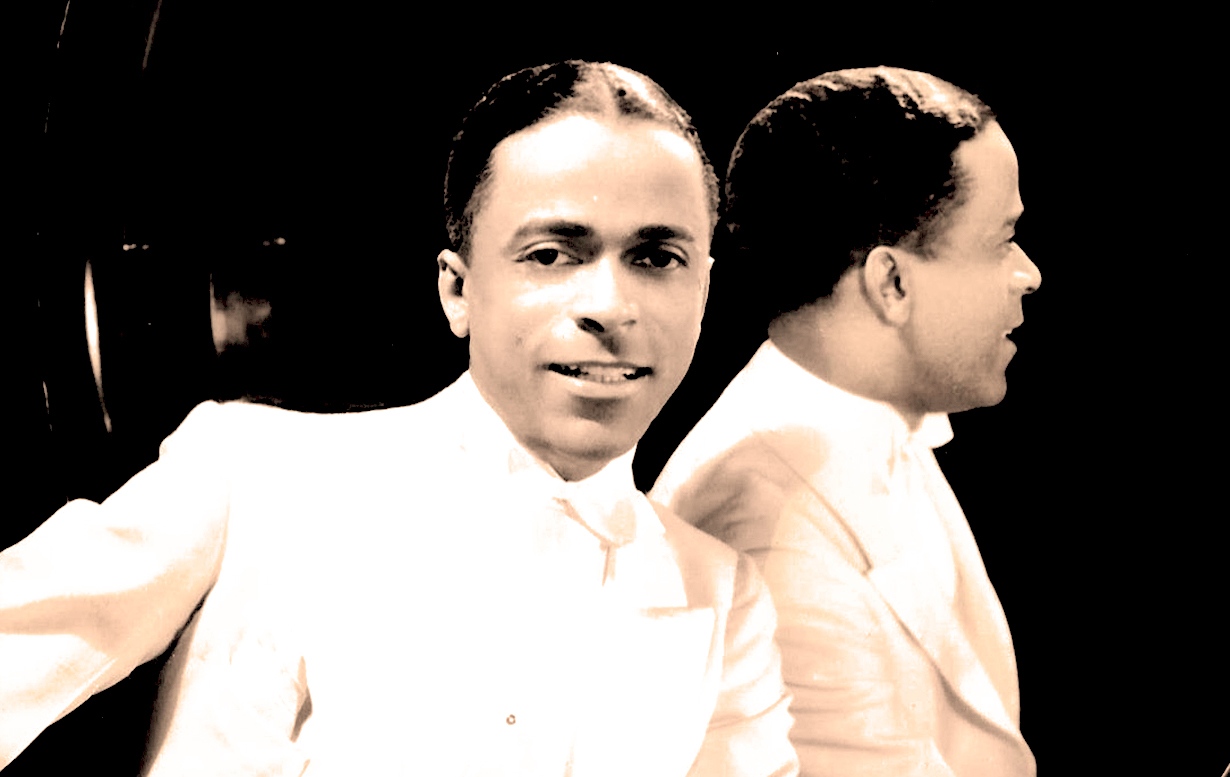