Was there any singer cooler than Peggy Lee?

With her nearly whispered tone, perfect sense of timing, and balance of sensuality and class, Peggy Lee at her best was one of the hippest singers around.

During her prime (roughly 1945-68), Peggy Lee (who was originally inspired by Billie Holiday) was a major influence on other cool-toned singers in jazz and pop music.

On an elaborate set from a television show in 1959, Lee sings “Baubles, Bangles and Beads” simply but quite effectively. 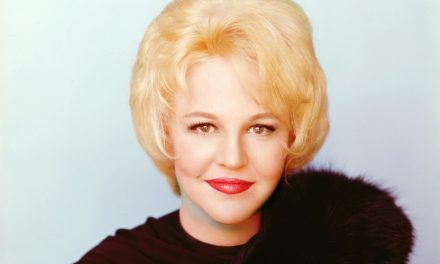