Freeman was part of the generation of young Chicago musicians including Jimmy and Dick McPartland, Frank Teschemacher, and Eddie Condon who, inspired by Louis Armstrong and musicians from New Orleans, helped put Chicago on the jazz map.

He moved to New York in 1927 where he played and recorded with Eddie Condon, the swing orchestras of Benny Goodman and Tommy Dorsey, and in small groups with Buck Clayton and Jo Jones.

One of Bud Freeman’s most famous compositions is “The Eel”, the title of which became his nickname.

By the end of the 1940s Bud began playing mainstream jazz with artists such as Buck Clayton, Vic Dickenson, and Jo Jones while still continuing his long association with Condon.

Bud Freeman appears as a special guest on the TV show “Jazz Alley” hosted by Art Hodes in the mid-’60s. 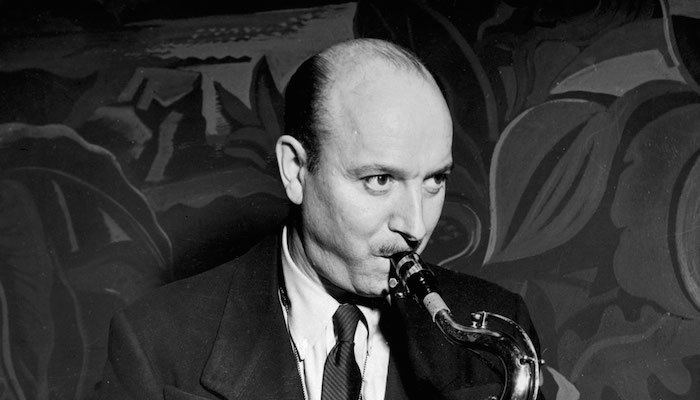