I wish we could find good video of Eddie Jefferson, but so far we’ve come up with nothing.

Jefferson is credited as one of the main innovators of “vocalese,” a musical style in which lyrics are set to an instrumental composition or solo. Jefferson credited Leo Watson as his main influence.

Jefferson’s performances “Parker’s Mood” and “Filthy McNasty” were also big hits for him. 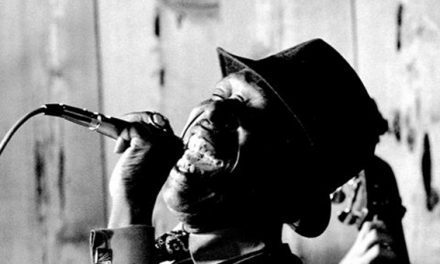