Born March 26, 1940 in Philadelphia Lew Tabackin studied with composer Vincent Persichetti and pursued flute at the Philadelphia Conservatory of Music.

In 1962 he graduated from the Conservatory and, after a stint in the U.S. Army, worked with Tal Farlow.

He would perform in a combo which included Elvin Jones, Donald Byrd, and Roland Hanna and was later a member of the house band on the “Dick Cavett Show.”

Tabackin, who is now married to Toshiko Akiyoshi, was principal soloist for the big band orchestra from 1973 through 2003.

Lew Tabackin has been a great supporter of the Jazz Foundation of America in recent years beginning in 2002. The foundation’s mission is to save the homes and the lives of America’s elderly jazz and blues musicians including those who survived Hurricane Katrina. 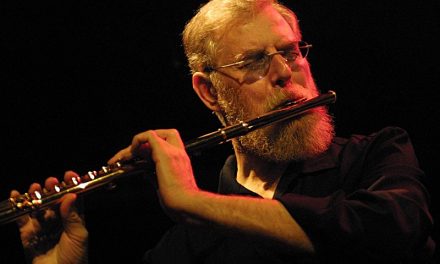