The 1930s jazz vocal group at their best

The Boswell Sisters (Connie, Vet and Martha who also played piano) were arguably the top jazz vocal group before Lambert, Hendricks and Ross.

Born and raised in New Orleans, they gained experience performing on the radio in Los Angeles before relocating to New York and hitting it big during 1930-31.

The Boswell Sisters recorded often, made several films, and had a busy schedule of personal appearances despite Connie being unable to walk, a disability that she hid very well.

The group broke up in 1936 when Vet and Martha retired to get married; Connie had a successful solo career that lasted through the late 1950s.

Here is a delightful short film that made in 1932, performing such numbers as “Hittin’ The Hay-Hey,” “What Time Is It” and “Give, Cow, Give” to an audience of farm animals. 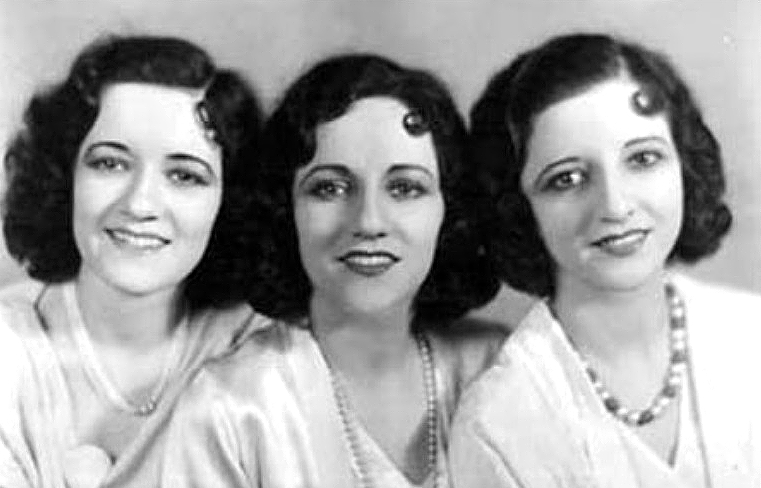