Masekela sang and played piano from an early age and was inspired to pick up the trumpet by the movie Young Man With a Horn loosely based on the life of Bix Beiderbecke.

From the age of 15 his music reflected his protest against against apartheid, slavery, and the South African government.

They were the first African jazz group to record an LP and they performed to huge audiences in Johannesburg and Cape Town.

However, after the March 21, 1960, Sharpeville Massacre and the increased brutality of the Apartheid state, Masekela left the country. 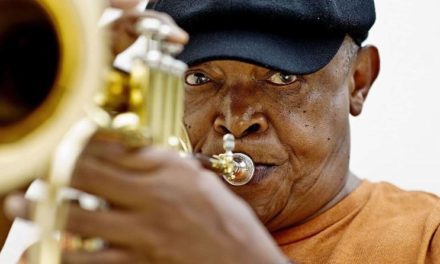