While the innovative bop pianist Bud Powell does not seem to have been filmed at all in the United States, fortunately he was documented on several occasions during his period in Paris (1959-63).

This heated version of “Get Happy,” which was filmed Dec. 27, 1959 at Paris’ Blue Note, features Powell playing flawlessly at the rapid tempo, perfectly articulating each note in a brief but stunning performance. 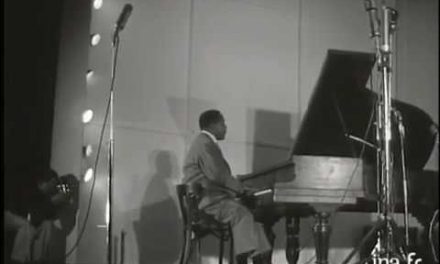