How High the Moon

Paul began playing the harmonica at age eight, and that year invented the neck-worn harmonica holder, which allowed him to play hands-free while also playing guitar.

As a teenager, Paul played country guitar and harmonica, and invented his first electric guitar.

After moving to New York City in 1938, Paul invented a solid-body guitar he called “the log.” Gibson Les Paul Guitar was modeled after this invention.

In the late 1940’s, Paul helped to invent multi-track recording, which allowed musicians to create sounds they never had been able to before.

Here’s a video of Paul playing with his wife Mary Ford and his multi-track recording machine. 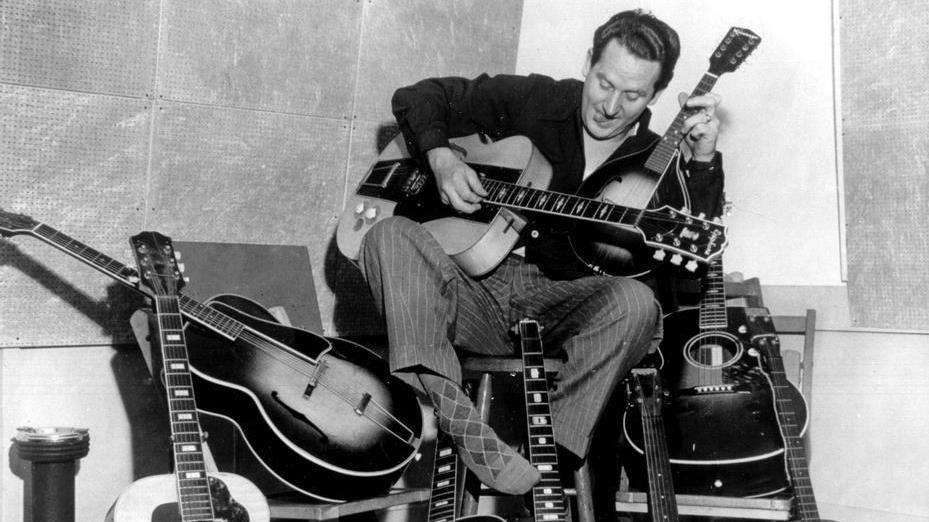