These notes about Don Pancho’s life and work are from Timba.com

NOTE: There is a great second video at the bottom of this page. Make sure you watch it.

Don Pancho Terry was a self taught percussionist, learning folkloric/spiritual music in the streets and at spiritual ceremonies, as well as popular music forms. Don Pancho learned to play the chékere from his uncle Dionisio Guzmán González, who was a head priest of the Lukumí tradition. He would play at spiritual ceremonies with güiro groups (consisting of 3 different size chékeres) and Bembé instrumentation. In the 1960s Don Pancho attended Alejandro García Caturla Conservatory in Havana where he studied violin.

Don Pancho became a master chékere player, considered the best chékere player in Cuba, and is credited with transforming the chékere in popular music and jazz from an accompanying percussion instrument to one which can be featured and used for soloing especially in Latin jazz as well as being the first to play chékere in charanga groups.

In addition, Don Pancho also became a virtuoso violinist and flutist as well as a prolific composer, arranger and accomplished vocalist. He composed over 300 songs. He also loved to teach people about Cuban music and how to play the chékere. He taught at La ENA (The National School of the Arts), Taller de la Música Popular (Cuban popular music workshop) several musical traditions from Cuba including Danzón, Son, Guaracha, Boleros and Cha-Cha-Cha. Don Pancho also taught chékere privately to a huge number of Cubans and foreign students interested in the instrument.

Don Pancho was a founding member of the well known charanga group Orquesta Maravilla de Florida, which originated in the late 1950s. He contributed compositions, played chékere and violin, was the leader of the group from 1970 to 1979 and stayed with this group for over 30 years.

For the impatient, Don Poncho takes flight around 4:32 – and I mean that literally. You’ll see.

If someone wants to know what Cuba is about, this is it. Please share. 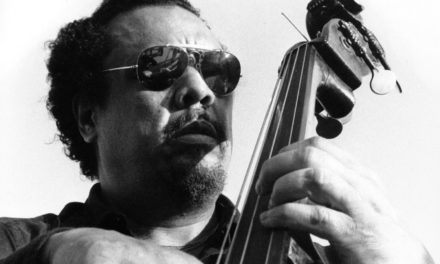 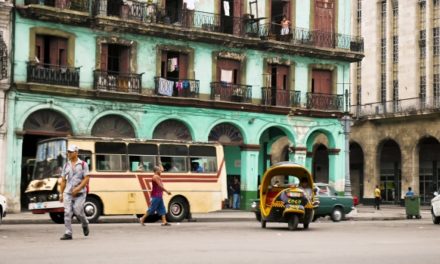 Cuba: The history of its people