Earl Klugh always had a lyrical style and a beautiful sound on guitar.

His smooth band from 2001 is featured during a lengthy 12-song performance including such songs as “Living Inside Your Love,” “Midnight In San Juan,” “Whispers And Promises” and “Dr. Macumba.”

Klugh, who is joined by such notables as saxophonist Lenny Price and electric bassist Al Turner, is in the spotlight throughout and in typically melodic and lightly grooving form. 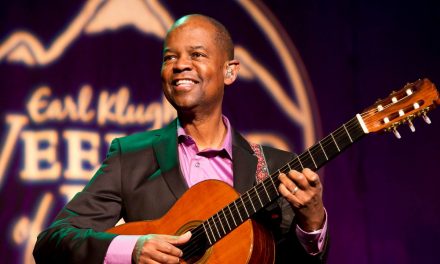