During 1973-86, the last period in her career, Ella Fitzgerald teamed up with guitarist Joe Pass for a series of five albums for the Pablo label.

Since Pass had become a one-man band and Ella was the First Lady of Song, it is not surprising that their intimate duets often included some hard-swinging.

On May 19, 1976 in Hamburg Germany, three months after recording their third album (Fitzgerald & Pass…Again), the duo performed Antonio Carlos Jobim’s “One Note Samba” at a concert in Hamburg, Germany.

This scat-filled version is a summit meeting between two masterful musicians. 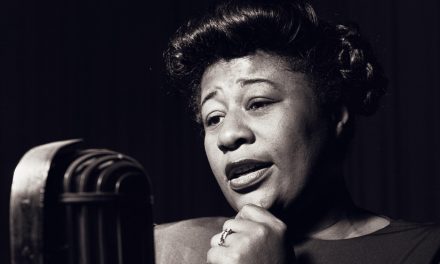 How High The Moon and
It Might As Well Be Spring