A tribute to the great swing guitarist

Mostly self taught, he began his career in 1944 when he joined the Vaughn Monroe Orchestra.

After serving in the military, Pizzarelli rejoined Monroe during 1946-51, performing dance music and building up what would become a huge repertoire.

Bucky Pizzarelli was a studio musician as a staff member of NBC (1952-64) and ABC, recording on a daily basis in all kinds of settings ranging from commercials, accompanying pop singers, rock and roll dates, and television orchestras (including the Tonight Show when it was based in New York) to occasional jazz sessions.

Starting in the late 1960s, Pizzarelli was heard more often with swing-oriented jazz groups including working with Benny Goodman, in a duo with fellow guitarist George Barnes, and with such notables as Joe Venuti, Stephane Grappelli, Zoot Sims, Bud Freeman, and Manhattan Swing (a trio with pianist John Bunch and bassist Jay Leonhart).

A master of the seven-string guitar which he had learned from George Van Eps, Pizzarelli also led albums of his own, often paying tribute to the music and styles of Carl Kress and Dick McDonough.

One of his records included playing from his daughter Mary, a classical guitarist.

The epitome of tasteful jazz guitar, Bucky Pizzarelli was a melodic swing soloist, a skilled rhythm guitarist, and a masterful accompanist.

Recovering from a stroke suffered in 2016, he made a comeback before retiring in 2018.

Bucky Pizzarelli is featured on a duet with fellow guitarist Ed Laub on “Honeysuckle Rose” from March 2014 when he was 88. 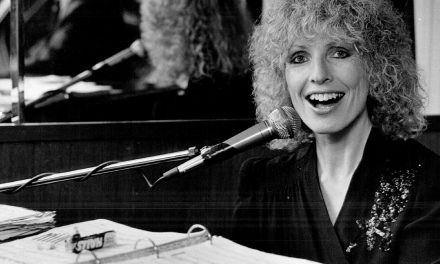 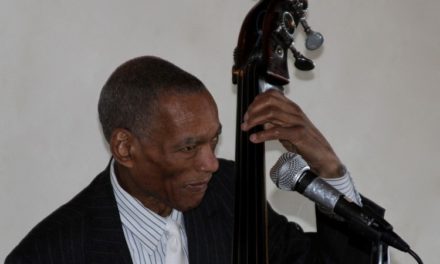 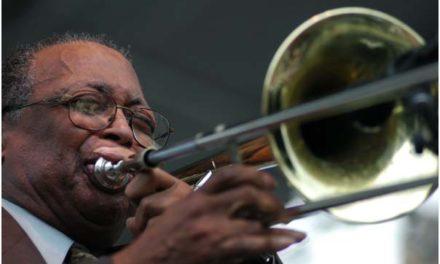 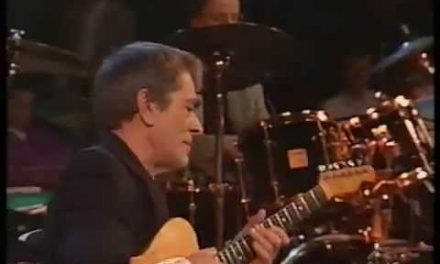