A tribute to the big band drummer

He was born on July 3, 1953 in Freeport, New York, the son of bassist Chubby Jackson who was most famous for his association with Woody Herman.

Jackson began playing drums when he was four, developed quickly, and at the age of ten was appearing on various television shows as the “Jazz Wonderkind.”

Right after graduating from high school, Jackson worked in a group with Milt Jackson and Ray Brown; he soon made his recording debut with Monty Alexander, toured with Lena Horne, and worked on television with Sammy Davis Jr.

In his career Jackson worked with many of the who’s who of jazz including his father, the Grover Mitchell Big Band, Eddie Miller, Ira Sullivan, Sonny Stitt, Lionel Hampton, the Illinois Jacquet Orchestra, Harry Allen, and the Manhattan Transfer, also leading a big band album of his own.

Duffy Jackson’s most famous association was being the drummer with the Count Basie Orchestra in the early 1980s.

He was active as a drummer and an educator until recent times.

Here is an exciting film clip of Duffy Jackson driving the Count Basie Orchestra in 1980 on “Wind Machine.” 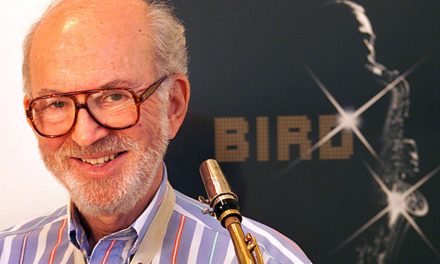 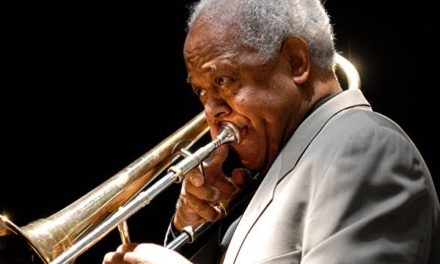