A tribute to the soulful and versatile pianist-vocalist

Blind due to contracting glaucoma as an infant, Butler (who was born in New Orleans) learned valve trombone, baritone horn and drums at the Louisiana State School for the Bind before deciding to concentrate on the piano.

Butler studied at Southern University (where Alvin Batiste was his mentor) and earned a Master’s degree in music at Michigan State University in 1974.

He made his recording debut as part of the Southern University Jazz Ensemble in 1971 but his career really got going in 1986 when he led an album for the Impulse label that had him leading a group that included trumpeter Freddie Hubbard.

Butler recorded as a leader for such labels as Impulse, Windham Hill, Atlantic and Basin Street Records, appeared as a sideman on recordings by guitarist Teddy Royal, keyboardist Davell Crawford, saxophonist James Carter, and violinist Claude Williams, and was comfortable playing and singing in a wide variety of styles including occasionally doubling on organ and synthesizer.

Butler also had an unusual career as a photographer which, despite his lack of sight, resulted in showings at galleries.

One of his last projects was being featured on a tour with trumpeter Steven Bernstein’s group, recording new versions of vintage music on Viper’s Drag in 2014.

Henry Butler featured on Mar. 27, 2009 singing and playing “Something You Got.” 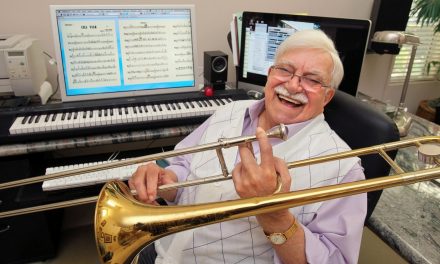