A tribute to the arranger-composer

Mandel had piano lessons and then spent time playing the trumpet and trombone, studying at the Manhattan School of Music and Juilliard.

As a trombonist, he worked with the big bands of Boyd Raeburn, Jimmy Dorsey, Buddy Rich, Georgie Auld and Chubby Jackson during 1944-48, later playing with June Christy, Elliot Lawrence (1951-53) and briefly with Count Basie on bass trumpet.

Among his early compositions were “Not Really The Blues” for the Woody Herman band in 1949, “Hershey Bar” and “Pot Luck” for Stan Getz, and “Straight Life” and “Low Life” for Count Basie.

Starting in 1958, Mandel became best known for his writing for movie soundtracks, starting with his jazz score for I Want To Live.

Particularly skilled at composing ballads, Mandel wrote such pieces as “The Shadow Of Your Smile,” “Emily,” “Close Enough For Love,” “A Time For Love” and “Suicide Is Painless” (the theme from MASH).

Mandel, who wrote the soundtracks to 30 films, also arranged for a variety of singers (including Natalie Cole’s Unforgettable and Shirley Horn’s Here’s To Life album) and led an occasional big band in the Los Angeles area up until the time of his passing.

Here is the beautiful arrangement that Johnny Mandel wrote for the opening of The Sandpiper, highlighted by the original version of “The Shadow Of Your Smile” with Jack Sheldon on trumpet. 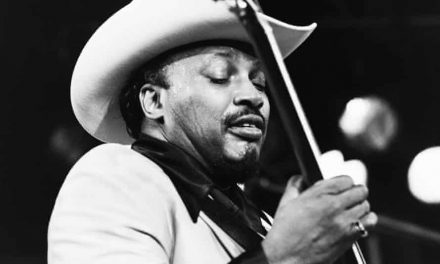