Eddie Condon (1905-73) was an important bandleader, spokesman and instigator of sessions and recording dates for the hot jazz music that he loved.

While Condon was a fine rhythm guitarist who was expert at setting tempos, he never soloed and was often inaudible to audiences.

In 1964, a television special paid tribute to Eddie Condon, utilizing many of his alumni.

For this hot version of “Royal Garden Blues,” Condon is not present but he would certainly approve of the sextet which is comprised of cornetist Wild Bill Davison, trombonist Cutty Cutshall, clarinetist Edmond Hall, pianist Willie “The Lion” Smith, bassist Al Hall, and drummer George Wettling.

Listen to the strong musical personalities which include Wild Bill (his screams and growls make most other brassmen sound sober in comparison), Edmond Hall (no one ever had a sound like this clarinetist), and the stride piano veteran The Lion. 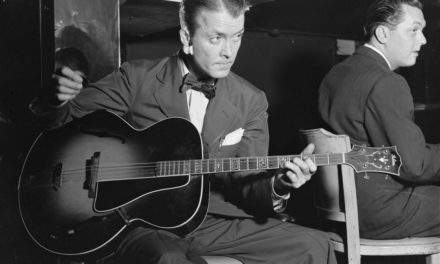