A tribute to the virtuosic jazz guitarist

He started playing guitar when he was nine, worked with Tony Pastor’s orchestra while still in high school, and was with the Charlie Barnet big band in 1947 before serving in the military.

But after that fast start, the 1950s were a lost decade as Pass struggled with drug addiction and served some time in prison.

In 1962 when he was 33, Pass was permanently clean, making his recording debut on the Sounds of Synanon Lp.

He was a fixture on the West Coast during the decade, recording for Pacific Jazz and World Pacific including with the Gerald Wilson Orchestra, Les McCann, Bud Shank, Clare Fischer, Bill Perkins, Groove Holmes, and his own sessions which are highlighted by two classics: Catch Me and For Django.

Joe Pass impressed producer Norman Granz so much with his unaccompanied solos that he was extensively recorded for the Pablo label during 1973-92 including the classic Virtuoso album along with many other unaccompanied solo recordings; he had the ability to sound like a full orchestra even on uptempo bebop pieces such as “Cherokee” and “How High The Moon.” 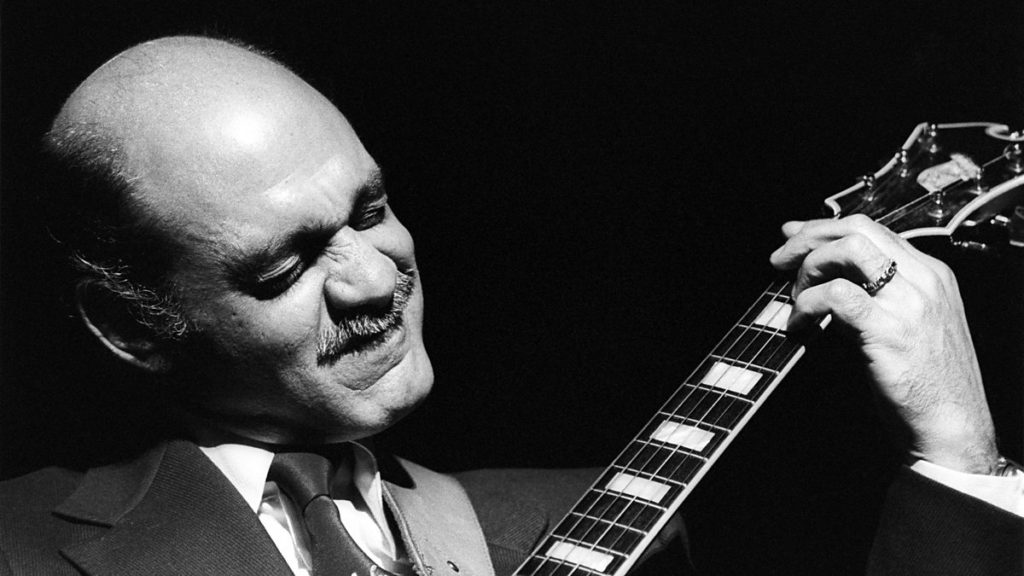