A tribute to the greatly respected tenor-saxophonist and arranger

A talented cool-toned tenor and an arranger who was universally admired by his fellow musicians, Cohn began his career playing with the bands of Joe Marsala (1943), Georgie Auld, Boyd Raeburn (1946), Alvino Rey and Buddy Rich (1947).

In 1948 Cohn replaced Herbie Steward as one of the “Four Brothers” with Woody Herman’s Second Herd, staying a year and contributing occasional arrangements including “The Goof And I.”

After a stint with Artie Shaw’s short-lived bebop orchestra in 1949, Cohn became a busy freelancer, as a jazz soloist in clubs and as an arranger for both jazz and non-jazz performers.

He recorded quite frequently throughout his career, in 1956 began co-leading an occasional but memorable quintet with the very complementary tenor Zoot Sims, and stayed busy for decades, always playing straight ahead jazz.

During his final decade, Al Cohn’s tone became darker but he continued playing the music that he loved up until the end, passing away at the age of 62.

Here he is in 1987 performing an uptempo original with a fine European rhythm section. 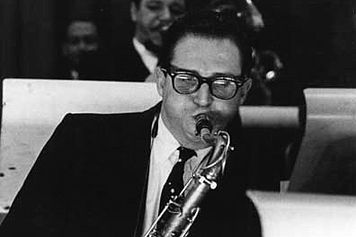