A fine performance by the famous clarinetist

Throughout his long career, Pete Fountain (1930-2016) always played New Orleans jazz and swing, mixing together the influences of Benny Goodman and Irving Fazola.

Born and raised in New Orleans, Fountain was already well known before he spent two years as a featured soloist on the Lawrence Welk Show (1957-59) which made him nationally famous.

Fountain’s best recordings were for the Coral label in the early 1960s but he remained a strong player until his retirement a few years before his passing. 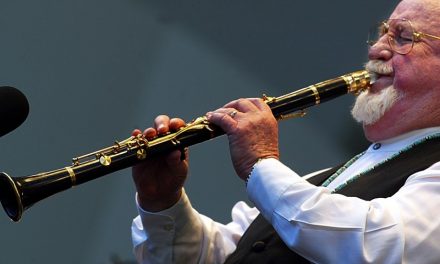