A pianist since the age of five Jimmy McGriff learned to play vibraphone, drums, double bass, and alto sax during his teens, playing bass in his first band.

Following military service during the Korean War he became a Philadelphia police officer for a couple of years but quit finding his preoccupation with music too much of a distraction.

Inspired by Jimmy Smith a friend since childhood who had found significant success as an organist, in 1956 McGriff purchased his first Hammond B-3 organ.

After six months studying on the instrument before attending Juilliard School and received private lessons from Milt Buckner who had a discernible influence on his playing.

McGriff formed a trio and in 1961 the group recorded an instrumental version of Ray Charles’ hit song “I’ve Got a Woman” for the small independent label, Jell Records.

A good deal of local radio exposure for the song prompted Sue Records to invest in recording an entire album featuring the “Jimmy McGriff Trio” producing the hit “All About My Girl.”

He recorded a whole string of LPs between 1962 and 1965, ending with his blues based “Blues for Mister Jimmy” and in 1966 singed with the Solid State label.

By the late 1960s Jimmy McGriff was performing in clubs and auditoriums world wide.

He attempted to retire in 1972 but his record company kept issuing albums at a rapid rate and he was back to his rigorous touring schedule by the following year.

It was during this period with the popularity of disco on the rise that Jimmy produced his most notable works including the albums “Stump Juice” (1975), “Red Beans” (1976), and “Outside Looking In” (1978). 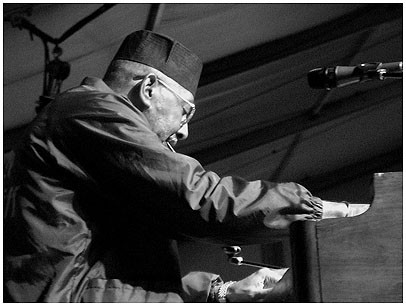