A tribute to the widely respected if short-lived tenor-saxophonist

Gray grew up in Detroit, taking up the clarinet but switching to tenor after hearing Lester Young play.

He worked with several local bands before spending three years (1943-46) with the Earl Hines big band where he became a featured soloist.

After leaving Hines, Gray moved to Los Angeles where he became a major part of the bebop scene, playing nightly in the Central Avenue area and often participating in jam sessions with Dexter Gordon; their recording of “The Chase” became popular.

Gray, who combined a large tone from the swing era with a modern choice of notes, appealed to many jazz artists and he worked with Benny Carter, Billy Eckstine and Tadd Dameron, recording with Charlie Parker and Dodo Marmarosa, and being a regular member of the Benny Goodman Septet and big band during 1948-49.

He was part of the Count Basie Septet during 1950-51 and recorded a famous feature on “Little Pony” with the Basie big band.

Gray also participated on some of Norman Granz’s studio jam sessions and made recordings in the early 1950s with Dexter Gordon and Louie Bellson; two of his solos on his own dates (“Twisted” and “Jackie”) were later given vocalese lyrics by Annie Ross.

Unfortunately Wardell Gray became involved in drugs in his last years and he died prematurely, possibly killed by a drug dealer.

Here is an excerpt from a documentary on Gray, “Forgotten Tenor,” including his performance of “I Cried For You” with the Count Basie Septet and Helen Humes from 1950. 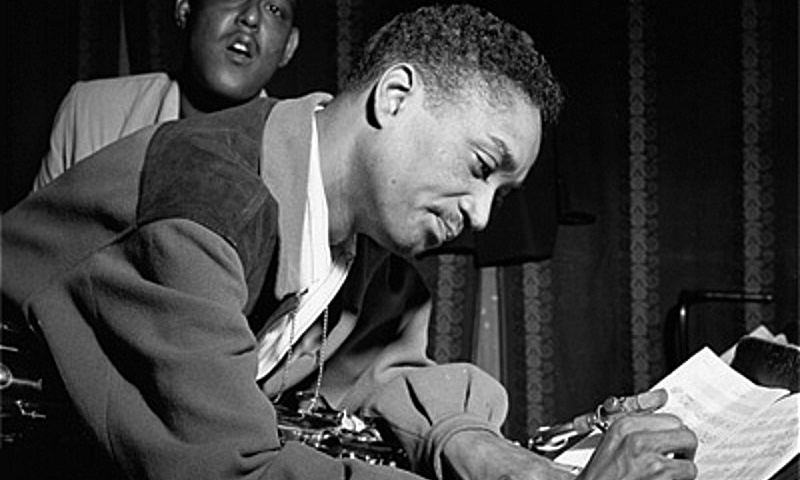 Take Me Back Baby And Air Mail Special