The swinging pianist plays a standard with an Italian trio

Eric Reed has been a top jazz pianist at least since joining Wynton Marsalis’ septet in 1987.

Since then, in addition to Marsalis, he worked with the Lincoln Center Jazz Orchestra, Joe Henderson, Freddie Hubbard, Benny Carter, Cassandra Wilson, Clark Terry, Elvin Jones, Christian McBride, and the who’s who of jazz.

Reed, who has led over 25 albums of his own since 1990, is most frequently heard heading his own trios.

A big believer in the jazz tradition and swinging jazz, Eric Reed (who long ago developed his own sound and approach) is featured in 2014 at Rome’s Gregory’s Jazz Club with bassist Vincenzo Florio and drummer Adam Pache playing “What Is This Thing Called Love.” 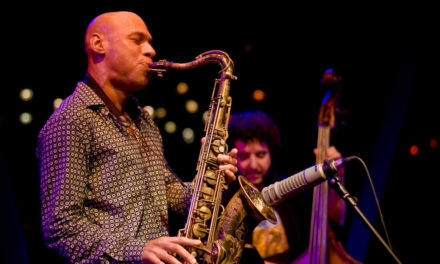