A tribute by one great trumpeter to another

Arturo Sandoval was already a star trumpeter in his native Cuba with Irakere when he first met Dizzy Gillespie in 1977.

He was influenced and inspired by Gillespie both musically and personally; Dizzy helped him defect to the U.S. in 1990.

Since then, Sandoval has taken his place as one of the world’s great trumpeters, a masterful virtuoso with his own sound, sense of humor, and dramatic style.

In November 2011, Arturo Sandoval made a guest appearance with the United States Air Force Band, performing an outstanding version of Gillespie’s “A Night In Tunisia.”

Sandoval is relatively restrained (for him) at first with Tim Leahy also getting a trumpet solo, but check out what he plays during his cadenza. 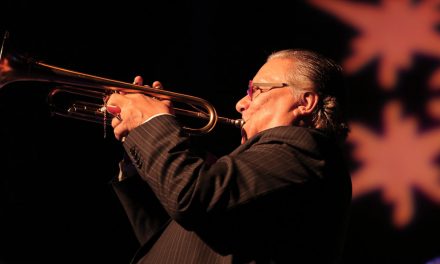 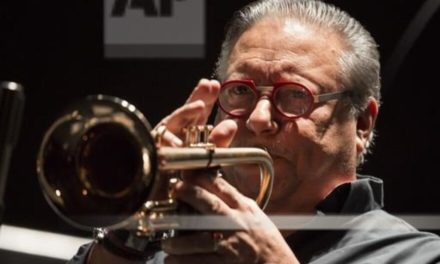 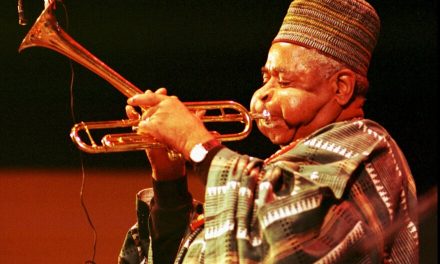 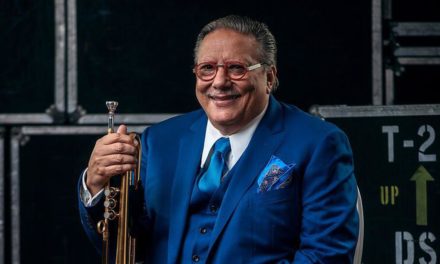