Santamaria was an rumba quinto master, an art he learned the traditional way as a kid on the streets of Havana’s Jesús María barrio

After a successful career in Cuba including an eye-opening tour of Mexico, he moved to the US in 1950 where he joined with artists like Perez Prado, Tito Puente, and Cal Tjader.

His understanding of complex rhythms made him a formidable jazz drummer.

Mongo began performing with other Cuban musicians such as Perez Prado and Tito Puente after moving to New York in 1950.

He is best remembered as composer of “Afro Blue” later recorded by John Coltrane to to great success.

In 1963 with his regular pianist Chick Corea unable to attend an upcoming gig Mongo hired, Herbie Hancock who would introduce his own composition Afro-Cuban composition “Watermelon Man.”

With Herbie’s kind permission Mongo Santamaria recorded the tune, it became his only chart topping hit.

Mongo Santamaria appears with his band in 1984. 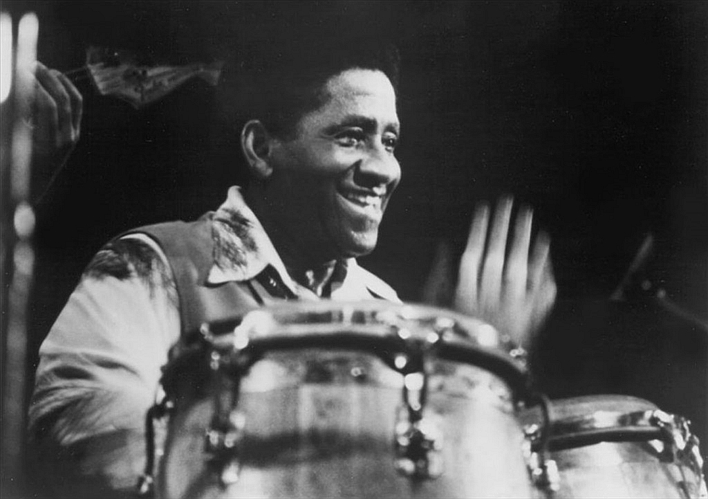 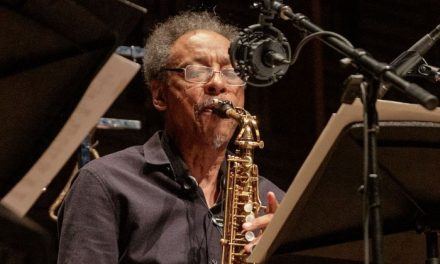