The King Of Swing still swinging in his later years

Benny Goodman was delighted during his later period to find that small-group swing was making a comeback and that he could lead groups with much younger musicians who really knew his music.

At the North Sea Jazz Festival on July 18, 1982, the 73-year old clarinetist was joined by drummer Mel Lewis and pianist John Bunch (who had both worked with him in earlier years) and such young talents as tenor-saxophonist Scott Hamilton (who was 28), cornetist Warren Vache, guitarist Chris Flory and bassist Phil Flanagan.

On “Air Mail Special,” a song that Goodman had been playing for over 40 years, he takes an inspired solo and clearly enjoys the playing of Hamilton (who probably reminded him of Zoot Sims) and the Charlie Christian-inspired guitar of Chris Flory. 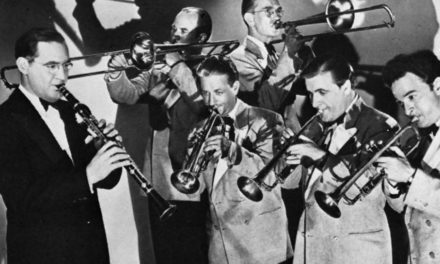 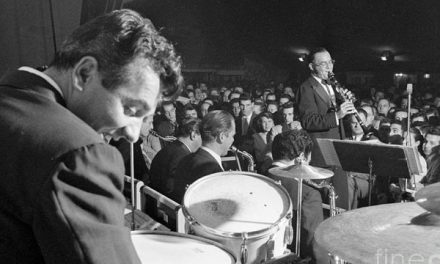