Elinore Harris was born on April 7, 1915 in Philadelphia, Pennsylvania and had a very difficult childhood from the beginning. Billie’s mother Sadie was only thirteen at the time of becoming pregnant and her mother kicked her out of the house. Sadie left to Philadelphia where Billie was born and then took Billie to live with her half sister in Baltimore while Sadie worked transportation jobs. Holiday had no strong upbringing and would find herself in trouble often while she and her mother both struggled to find decent work and living situations. Billie was first exposed to Jazz in after-hour Jazz clubs hearing and singing along with recordings of Louis Armstrong and Bessie Smith. Holiday followed her mother to New York City and after more difficulty finding work decided to start to try performing at clubs in 1929 and quickly her reputation as a singer grew. Billie’s stage name is derived from a combination of actress Billie Dove and her father Clarence Holiday who though was never around played guitar in Fletcher Henderson’s band. Though Billie had no formal musical training her natural gifts proved to be more than enough and prominent Jazz musicians such as Benny Goodman began to notice.

When Billie was eighteen, producer John Hammond found her and asked her to make her first record with a group led by Benny Goodman. During this period she performed with friend Lester Young often, who nicknamed her ‘Lady Day’. In 1935 Holiday recorded four more sides including ‘What a Little Moonlight Can Do’ and ‘Miss Brown to You’ and this led to a bigger record contract with Columbia in the late 1930s. Billie also performed with the bands of Count Basie and Artie Shaw in the late ‘30s and it was during this time she was introduced to the song “Strange Fruit”. It was written by a school teacher in the Bronx and made its way to Billie via the owner of Café Society which was the first integrated club in America. She performed the tune at Café Society in 1939 and though Columbia wouldn’t allow her to record it out of fear of backlash they did allow her a release to record the tune with Commodore Records. The song became one of the most important during the Civil Rights Movement and remained a part of Billie’s songbook throughout her career.

In the mid to late 1940s Billie recorded for Decca and made her film debut in the movie New Orleans with Louis Armstrong in 1947. The following year Holiday performed one of her most memorable concerts at Carnegie Hall to a sold out crowd. Jazz writer Nat Hentoff remembers the show, “The beat flowed in her uniquely sinuous, supple way of moving the story along; the words became her own experiences; and coursing through it all was Lady’s sound – a texture simultaneously steel-edged and yet soft inside; a voice that was almost unbearably wise in disillusion and yet still childlike, again at the centre. The audience was hers from before she sang, greeting her and saying good-bye with heavy, loving applause. And at one time, the musicians too applauded. It was a night when Billie was on top, undeniably the best and most honest jazz singer alive.” In the 1950s Billie continued to make records now for Verve and made about 100 new recordings in the decade and toured Europe as well. Billie passed away much too early in 1959 when she was only forty four years old.

Billie has received many awards posthumously including over ten Grammy Awards and the Grammy Hall of Fame, Rock and Roll Hall of Fame, ASCAP Jazz Wall of Fame, Ertegun Jazz Hall of Fame and many more. Billie Holiday remains one of the most popular Jazz singers even today and her intimate and personal approach to singing along with her unique and amazing phrasing make Billie one the greatest ever in Jazz. Her style continues to influence singers in various genres and while many try and imitate her, there will never be another Billie Holiday.

“If you copy, it means you’re working without any real feeling. No two people on earth are alike, and it’s got to be that way in music or it isn’t music.”

“You’ve got to have something to eat and a little love in your life before you can hold still for any damn body’s sermon on how to behave.”

“Somebody once said we never know what is enough until we know what’s more than enough.” – Billie Holiday 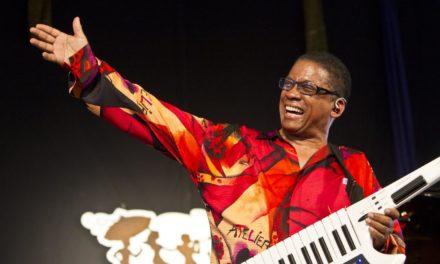