Frederick Dewayne Hubbard was born on April 7, 1938 in Indianapolis, Indiana was first introduced to Jazz by his older brother, Eamon Jr., a piano player who loved Bud Powell. Freddie played the mellophone and trumpet in his high school band and continued his studies at the Arthur Jordan Conservatory of Music with Max Woodbury. While studying Hubbard also performed with a group locally called the Jazz Contemporaries that included Larry Ridley, James Spaulding, Walt Miller and Paul Parker. Also during this time Freddie performed with Wes Montgomery and his brothers who also lived in Indianapolis. The first recording Hubbard played on was ‘The Montgomery Brothers and Five Others’ while he was still a teen.

Freddie moved to New York when he was twenty in 1958 and began playing with the likes of Sonny Rollins, Eric Dolphy, Philly Joe Jones, J.J. Johnson and Quincy Jones. Hubbard made his first record as a leader in 1960 called ‘Open Sesame’ with Tina Brooks, McCoy Tyner, Sam Jones and Clifford Jarvis. He followed that by recording on Ornette Coleman’s album ‘Free Jazz’ in the same year. In 1961 he recorded on two of John Coltrane’s albums; ‘Ole’ and ‘Africa/Brass’. Freddie also made one of his most popular albums called ‘Ready for Freddie’ with Wayne Shorter. Hubbard joined Art Blakey’s Jazz Messengers as well in 1961 and remained with the band through 1966 appearing on some of their most well known albums including ‘Ugetsu’, ‘Caravan’, and ‘Free for All’. Freddie was well established already even at his young age and appeared on several legendary records in the 1960s including Oliver Nelson’s ‘The Blues and the Abstract Truth’, Eric Dolphy’s ‘Out to Lunch’, Herbie Hancock’s ‘Maiden Voyage’, Wayne Shorter’s ‘Speak No Evil’ and John Coltrane’s ‘Ascension’. Hubbard recorded eight albums as a leader and twenty-eight as a sideman during this period.

Freddie continued his success in the 1970s and recorded a series of albums for CTI Records including ‘Red Clay’, ‘First Light’, ‘Straight Life’, and ‘Sky Dive’. His album ‘First Light’ won a Grammy in 1972. In the late ‘70s Hubbard formed a band with Herbie Hancock, Wayne Shorter, Ron Carter and Tony Williams called VSOP and they released several albums together. Freddie was also featured on Billy Joel’s 1979 Grammy winning album ‘52nd Street’. In the 1980s Hubbard continued to lead his own groups and touring around the world performing with musicians including Joe Henderson, Bobby Hutcherson, Woody Shaw, Benny Golsen, Elvin Jones, Benny Green, George Duke and many more. In the 1990s Freddie began to have issues with his lip that prevented him from playing at the level he and the audience had grown accustomed to but Freddie continued to perform as he could. In 2006 Hubbard was given the NEA Jazz Masters Award from the National Endowment of the Arts. Freddie passed away at the end of 2008.

Freddie Hubbard goes down in history as one of the most important Jazz trumpet players helping to move the music into hard bop and post bop/free. Freddie contributed to several of the most important albums in Jazz history in 1960s and truly was a master of his instrument and the music. Hubbard remains a favorite and idol of trumpet players coming up today and will for a long time.

“I had heard Ornette a couple of times, but I didn’t really know where he was coming from until we started the record and it was beautiful, Fred. It opened up my mind.” – Freddie Hubbard 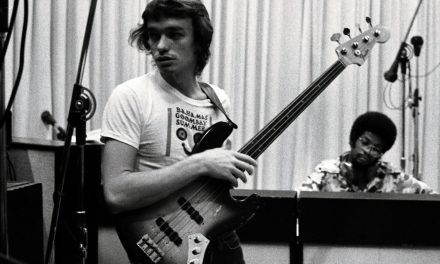 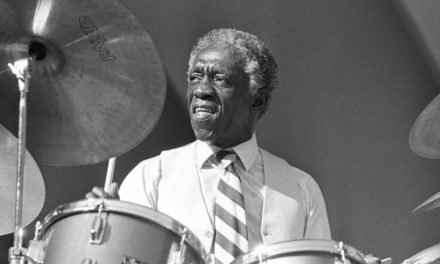