Saxophonist Lester Young was born on August 27, 1909 in Woodville, Mississippi.

Young spent his early childhood in New Orleans, where jazz was beginning to emerge as a distinct musical form.

After leaning to play a variety of instruments from his estranged father including trumpet, saxophone, and violin he toured with family members on the vaudeville circuit, billed as the “Young Family Band”.

Leaving the group when he turned eighteen he eventually settled in Kansas City in 1933 where he would join Count Basie’s Orchestra following stints playing tenor sax and clarinet in a number of local bands.

Lester would leave Basie in 1940, briefly replacing Coleman Hawkins in the “Fletcher Henderson Orchestra”, playing with the Andy Kirk band, and appearing on recordings with Billie Holiday and Nat King Cole, before his 1943 return to the Basie Orchestra.

A turning point in Young’s career came in 1944 when he was drafted into the US Army and later court-martialed. The sax player was punished with a traumatic year under military detention.

In 1946 Following World War II, Lester Young began touring with Norman Granz’s Jazz at the Philharmonic and would continued for the next twelve years in addition to performing with Count Basie and many others.

Young’s relaxed, emotive approach to the sax revolutionized the world of jazz. He is rightfully remembered as one of the greatest artists in the history of the genre.

Lester gave his final performance in Paris and died in New York in the early morning of March 15, 1959, hours after his return the U.S.

Lester Young is featured in an excerpt from an unfinished 1950 film short produced by Gjon Mili and Norman Granz. 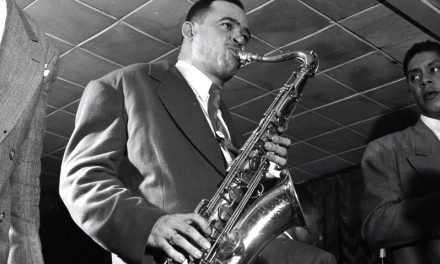 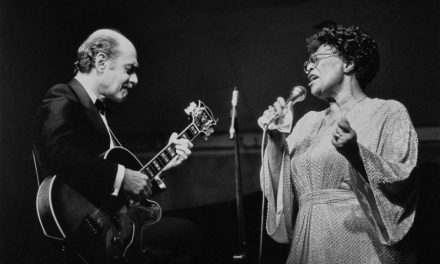