A tribute to the great New Orleans altoist

Handy played clarinet during his early days, switching to alto-sax in 1928.

While active in New Orleans for decades, he was obscure outside of the city until he made his recording debut in 1960.

Playing alto in a colorful and forceful manner, Handy paved the way for the instrument in New Orleans jazz.

He recorded with Punch Miller, Paul Barnes, the Young Tuxedo Brass Band, Kid Sheik Cola, Kid Howard, the December Band (an all-star New Orleans jazz band), the Eagle Brass Band, Keith Smith, Kid Thomas Valentine, and his own combos during the final decade of his life before his passing in 1971 at the age of 70. 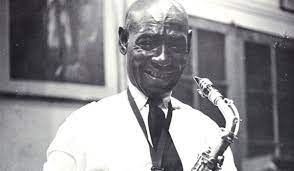