A tribute to the masterful boogie-woogie pianist

The son of parents who were both pianists, Ammons began playing piano when he was ten.

A childhood friend of Meade Lux Lewis, Ammons became interested not only in early jazz but the blues and especially boogie-woogie.

He worked as a cab driver in the 1920s as did Lewis and, starting in 1924, they often worked together as a two-piano team.

In 1934, Ammons put together a band that played regularly at the Club DeLisa for two years, making his recording debut in 1936 leading Albert Ammons’ Rhythm Kings; “Swanee River Boogie” was a hit.

After moving to New York, Ammons often teamed up with Pete Johnson at Café Society which sometimes became a boogie-woogie piano trio with Meade Lux Lewis.

Ammons appeared at John Hammond’s first Spirituals To Swing concert at Carnegie Hall on December 23, 1938 which helped lead to the popularization of boogie-woogie.

Albert Ammons continued playing the music he loved throughout the 1940s, working with Sippie Wallace, appearing in the 1944 film Boogie Woogie Dream along with Pete Johnson, and leading a record date that teamed him with his son tenor-saxophonist Gene Ammons.

Albert Ammons, who played at Harry Truman’s inauguration in early 1949, died later that year at the age of 42.

Here is Ammons and Pete Johnson romping through “Boogie Woogie Dream” in 1944. 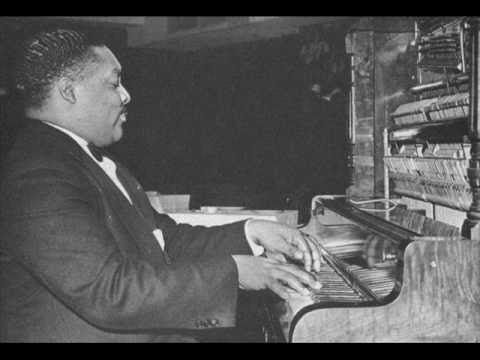