Featuring Wynton Marsalis, this short documentary traces the life and decline of the man who started the big noise, the first New Orleans jazzman Buddy Bolden.

Buddy Bolden was born in the Crescent City in 1877 the year Reconstruction ended.

There’s only one known photograph of Bolden and no recordings of his playing exist.

According to legend he was responsible for creating the jazz beat, and maybe he did.

Never-the-less he was a key figure in jazz development. Like most other musicians from the era he played everything: waltzes, polkas, mazurka, whatever the diverse population of New Orleans called for, but was famous for his “hot” music. 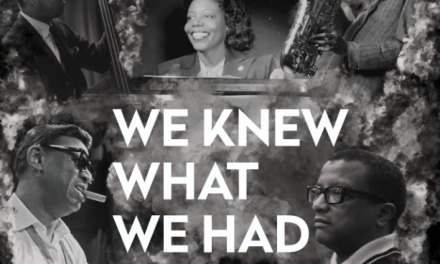 We Knew What We Had

Lady Day – The Many Faces of Billie Holiday