He learned piano from Henry Grant, the same man who a generation earlier had trained Duke Ellington.

A highly respected player, he was sought out as a sideman by Ben Webster, Charlie Parker, Machito, Stan Getz, Miles Davis and many others.

Perhaps unfairly Taylor is better remembered as a jazz advocate than a player. Here’s what he said about that.

“There’s no question that being an advocate eclipsed my reputation as a musician. It was my doing. I wanted to prove to people that jazz has an audience.”

Known for his role as a music educator Billy Taylor was also a gifted composer.

Many of his works draw upon gospel inspired themes while remaining true to the hard bop format.

A Billy Taylor performs his original “CAG” with his trio live in 2001. 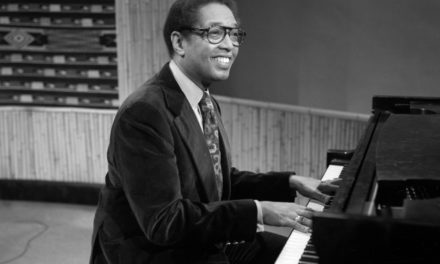 One For The Woofer