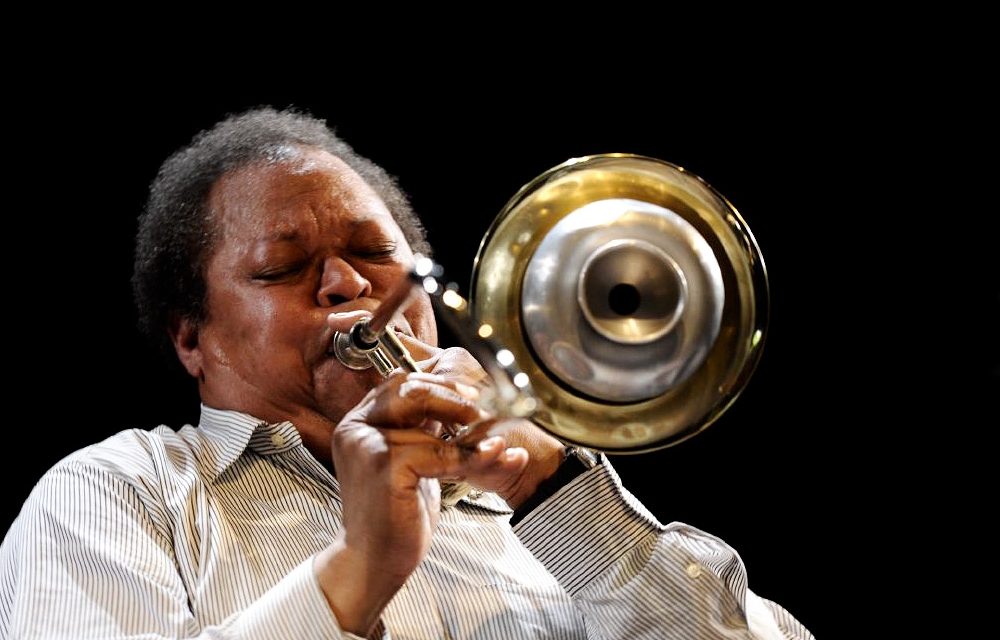 Self-taught on the clarinet when he was 18, Lewis worked in the 1920s throughout New Orleans including with the Black Eagle Band, Buddy Petit, the Eureka Brass Band, Chris Kelly, Kid Rena, the Olympia Orchestra, and next to Bunk Johnson with the Evan Thomas Band in the early 1930s.

Despite all of this activity, Lewis went unrecorded during the era and always had a day job.

When Bunk Johnson was discovered by record collectors in 1942 and was recorded for the first time, Lewis and his regular group (with trombonist Jim Robinson) became a part of his band, touring up North.

While the clarinetist made many influential recordings with Johnson during the next few years and led some sessions of his own, Bunk was difficult to get along with and Lewis returned to New Orleans in 1946.

After working locally for a few years, a profile on George Lewis in a 1950 issue of Look Magazine eventually led to worldwide tours, many recordings, and fame, a situation that greatly surprised everyone including Lewis.

During his last 16 years, George Lewis was a celebrity in the New Orleans jazz world, playing the type of spirited ensemble-oriented jazz that he loved best.

Here is George Lewis and his band on a telecast from November 1953 performing “Just A Little While To Stay Here,” “Careless Love,” “Panama Rag,” “Bugle Boy March,” “Just A Closer Walk With Thee” and “Ice Cream.” 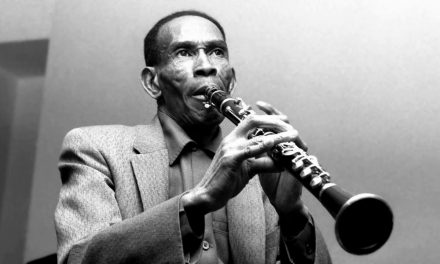