A tribute to the adventurous tenor saxophonist

Murray was always attracted to freer forms of jazz while developing a large tone on tenor that was influenced by Paul Gonsalves, Coleman Hawkins and Albert Ayler rather than John Coltrane.

He began his career playing in the Los Angeles area, moved to New York when he was 20 in 1975, and has since recorded over 150 albums as a leader not to mention scores as a sideman.

One of the founders of the World Saxophone Quartet in 1976, Murray worked with the who’s who of the avant-garde, Clarinet Summit (in which he played bass clarinet), Max Roach, Randy Weston, McCoy Tyner and Elvin Jones in addition to recording with groups of his own that ranged from unaccompanied solos to an octet and his big band.

While he has slowed down a bit in recent years, David Murray has a large discography from his forty plus years of playing creative music.

He is featured playing Billy Strayhorn’s “Chelsea Bridge” with his Infinity Quartet at the Jazzit Musik Club in 2013. 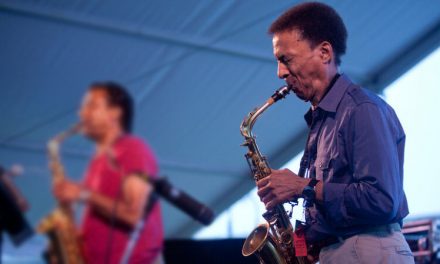 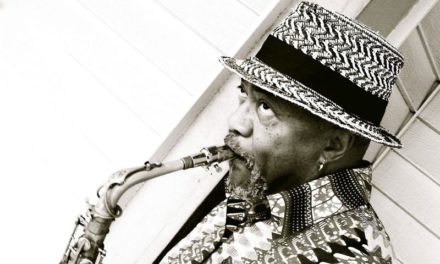