McPartland was a member of a group of young Chicago jazz musicians in the 1920s referred to as the Austin High Gang.

His career was devoted to playing cornet in the early Chicago style that he helped create.

An excerpt from a 1968 broadcast of “Jazz Alley” featuring Jimmy McPartland cornet, with accompanists including Pee Wee Russell clarinet, and Art Hodes piano.

Jimmy McPartland was born and raised in Chicago where an interest in music kept him out of trouble.

Inspired by King Oliver and Louis Armstrong, Jimmy was among the group of young white West side Chicago jazz musicians known as the Austin High School Gang.

He played in small bands trying to emulate the sound of the “New Orleans Rhythm Kings.”

Ultimately McPartland was chosen in 1924 as Bix Beiderbecke’s replacement in the “Wolverine Orchestra” and relocated to New York when he was just seventeen.

This move was a turning point in his career and in 1927 he attended the historic recording session that produced “China Boy” with “Red McKenzie and Eddie Condon’s Chicagoans.”

He would play with Benny Goodman and Glenn Miller as a member of “Bennie Goodman’s Boys” the following year.

Beginning in late ’40s he performed extensively and made numerous TV appearances often with his wife, pianist Marion McPartland. 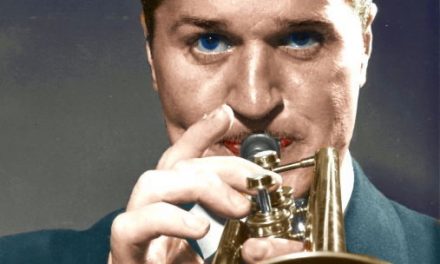