A tribute to the flutist and altoist

Altoist and flutist Paul Horn was born on March 17, 1930 in New York City.

Horn began playing the piano when he was four, the clarinet at ten, and the alto sax two years later.

After studying at the Oberlin Conservatory and the Manhattan School Of Music, and having a stint with the Sauter-Finegan Orchestra (with whom he made his recording debut), Horn became Buddy Collette’s successor with the Chico Hamilton Quintet, working with the group during 1956-59 and making his first records as a leader during 1957-58.

After getting involved in Transcendental Meditation in 1967-68, his career changed and Horn’s recordings explored World Music and what came to be known as New Age; he recorded in India with Ravi Shankar, in the Taj Mahal and in one of Egypt’s pyramids, and in China and Tibet, only occasionally resurfacing (usually on flute) in jazz settings.

Here is Paul Horn back in 1962 with a cool-jazz quintet on the television series Frankly Jazz, playing his original “Count Your Change.” 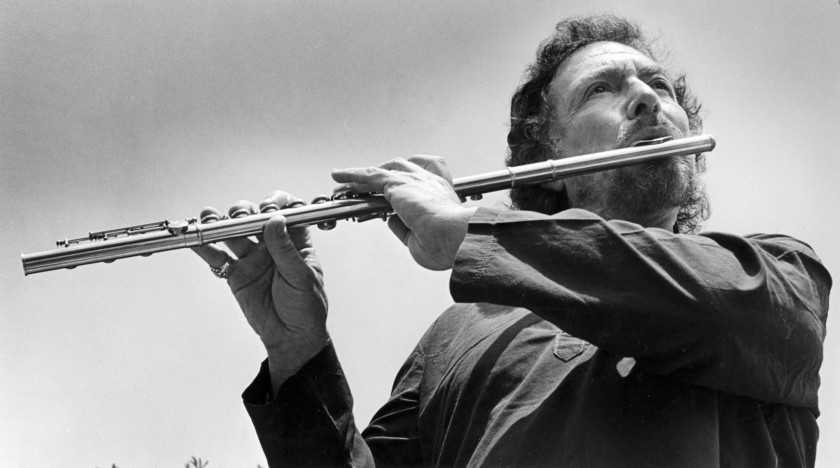