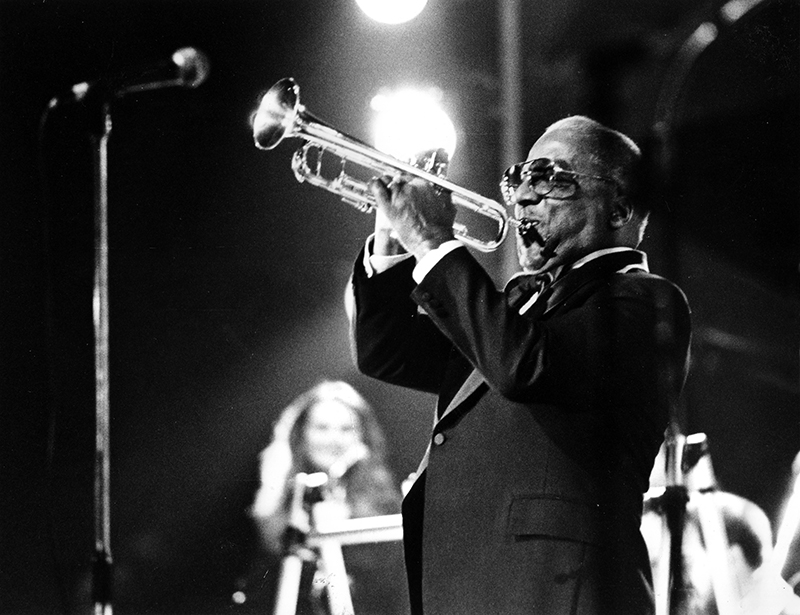 As a high schooler, Hawkins was taught by Fess Whatley, whose other pupils went on to play with Duke Ellington, Louis Armstrong and others.

Hawkins gained popularity in the ‘30s as a bandleader and songwriter, penning the 1939 hit “Tuxedo Junction.”

Dubbed “The 20th Century Gabriel” he is remembered best as the co-composer of the 1939 jazz standard “Tuxedo Junction” with saxophonist Bill Johnson.

He would continue to record, on RCA in the ’40s, and for the Coral label during the 1950s.

Beginning in 1967 up until his death on November 11, 1993, Erskine Hawkins was leader of the band in the lobby bar of The Concord Resort Hotel in Kiamesha Lake, New York.