Cobb learned to play the piano and violin before picking up the saxophone in high school.

Despite suffering from health issues, Cobb continued to play until the 1980s.

At the young age of fifteen he joined the “Frank Davis Band” performing in Houston and throughout Louisiana before going on to work with the local bands of Chester Boone (1934-1936) and Milt Larkin (1936-1942).

After turning down an offer to join the “Count Basie Orchestra” in 1939, in 1942 Arnett became a member of Lionel Hampton’s band replacing Illinois Jacquet.

Featured on Hampton’s “Flying Home No. 2” his forceful approach earned him the well deserved title “Wild Man of the Tenor Sax.”

He would then form his own seven piece band, but in 1950 a serious illness requiring spinal surgery put the saxophonist out of commission for a time.

Reorganizing the group disaster struck yet again in 1956 with a car crash that would have long term effects on his health.

Despite having to rely on crutches, Cobb continued to work as a soloist performing in the U. S. and Europe throughout the 1970s and 1980s with artist including Jimmy Heath and Joe Henderson.

Arnett Cobb passed away in Houston on March 24, 1989 at age seventy.

Arnett Cobb is featured in the Netherlands at the 1979 North Sea Jazz Festival performing a saxophone solo. 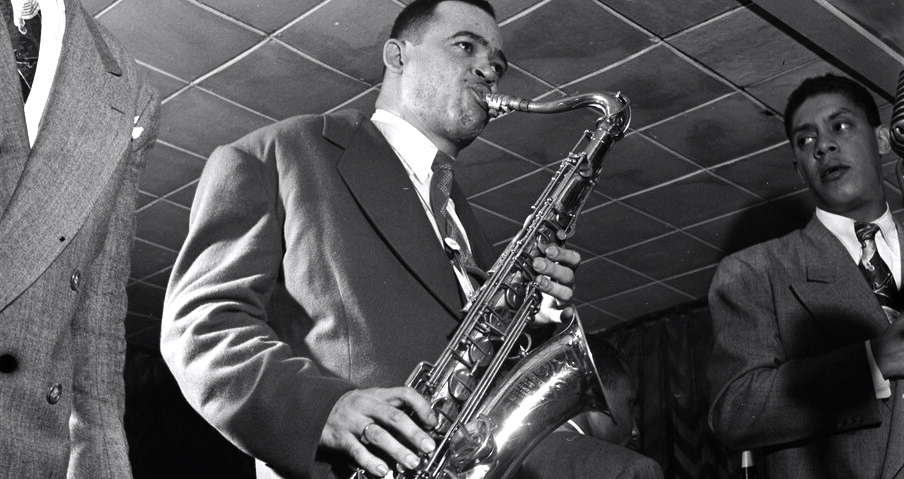