Hot swing from one of the most individual cornetists

While inspired by Louis Armstrong, Ruby Braff (1927-2003) developed his own sound and approach to playing hot jazz by the 1950s.

In addition to his individual sound, Braff often had a musical conversation between his middle and lower registers on the cornet and, while sticking to vintage standards, his solos were full of constant surprises.

While this is an amateur video and the drums are a bit loud at first, there are many great moments during this version of “Dinah” from the 1988 Mid-Atlantic Jazz Festival.

Braff brings in the theme, there is a fine solo from the premiere stride pianist Ralph Sutton, Braff duets with a bowed Milt Hinton, they trade off, and sparks fly when the cornetist interacts with drummer Gus Johnson. 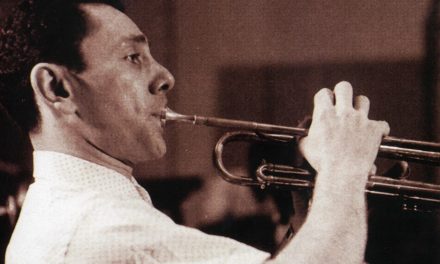 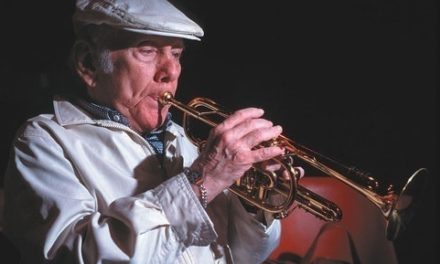