A tribute to the classic blues and ballad jazz sing

Singer Joe Williams was born on December 12, 1918 in Cordele, Georgia.

Williams grew up in Chicago, learned piano, formed and sang in a gospel vocal quartet (the Jubilee Boys) as a teenager, and was part of the Chicago jazz scene starting in the late 1930s.

Williams worked with clarinetist Jimmie Noone, the Les Hite Orchestra, Coleman Hawkins, Lionel Hampton and Andy Kirk’s Clouds Of Joy (with whom he made his recording debut in the mid-1940s) and also had day jobs, including as a doorman at theaters.

His biggest break occurred when he was hired in Dec. 1954 as the singer with the Count Basie Orchestra, the perfect position for him.

Williams’ recording of “Every Day I Have The Blues” with Basie in 1955 became his signature song, he also had success with “Goin’ To Chicago,” “Smack Dab In The Middle” and “Alright, Okay, You Win” and he was a major attraction with Basie for six years.

Going out on his own in January 1961, Williams had success throughout his long solo career, usually leading a quartet and having occasional reunions with Basie.

A descendant of Jimmy Rushing, Big Joe Turner and the other Kansas City jazz/blues singers, Williams had his own air of sophistication along with a large assortment of double entendre lyrics and phrases on blues although he actually most enjoyed singing ballads.

He is featured singing “Do Nothin’ Till You Hear From Me” from a 1981 Duke Ellington tribute concert, accompanied by an orchestra led by Billy Taylor. 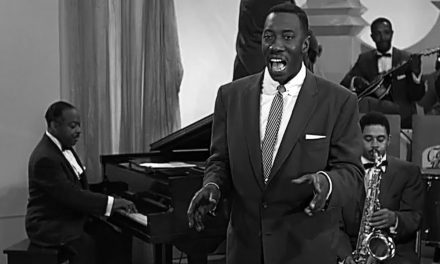 Everyday I Have The Blues