A tribute to the occasional bandleader

Composer and trumpeter Mercer Ellington was born on March 11, 1919 in Washington D.C.

The son of Duke Ellington who never really emerged from his shadow, Mercer’s main talent was as a songwriter; his “Pigeons and Peppers” was his first to be recorded by his father’s band.

Well trained in music and a solid section trumpeter who does not seem to have recorded any solos, Ellington had his own short-lived band in 1939, a little more success during 1946-49, and also led a group in 1959; his sidemen at times included Dizzy Gillespie (1939), Kenny Dorham, Charles Mingus, Chico Hamilton and Carmen McRae although none of his bands really caught on.

During the ASCAP strike in 1940-41, Duke Ellington enlisted his son to write some pieces for his orchestra; these included “Things Ain’t What They Used To Be,” “Blue Serge,” ‘Moon Mist” and “Jumpin’ Punkins.”

When Duke Ellington passed away in 1974, Mercer Ellington took over the orchestra which, after a period of struggle, managed to survive under his leadership for 20 years; he also conducted his father’s music in the Broadway show Sophisticated Ladies (1981-83) and made a few recordings with the big band.

Here is the Mercer Ellington Orchestra at a concert in Dresden, Germany in 1977 performing “Don’t Get Around Much Anymore,” featuring singer Willie Singleton and trumpeter James Bolden. 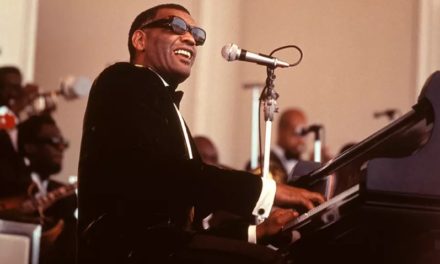