Cecil Taylor is featured in this excerpt from Ron Mann’s 1981 documentary “Imagine the Sound.”

Taylor started learning piano when he was 6, and continued his studies at the New York College of Music and the New England Conservatory.

He began playing in R&B bands as a teenager, and formed his first band with Steve Lacy in 1956.

Taylor toured and recorded with John Coltrane, Albert Ayler and others. He has also recorded many albums as a solo artist and in various ensembles as a leader.

Tayloris also a poet, and often incorporates his poetry into his music and performances.

Cecil’s music continued to develop in complexity while establishing freedom from conventional forms as he rose to become a pioneering force in free jazz.

In the early ’60s he began working with Jimmy Lyons, an alto saxophonist whose presence helped keep Taylor’s wild avant-garde music relevant to the jazz audience.

During the 1970s Cecil Taylor started playing solo concerts, a number of which were released on album.

Cecil Taylor celebrated his 85th birthday in 2014 at the “Celebrating Cecil” tribute concert held in his honor at the Painted Bride Art Center in Philadelphia. 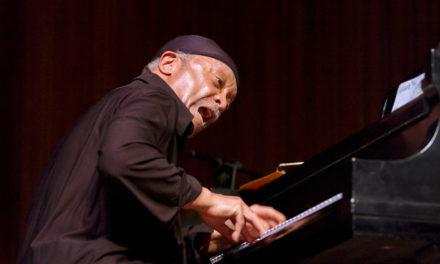