Drummer, composer, and bandleader William Emanuel “Billy” Cobham was born May 16, 1944 in Panama.

After time in the Army playing with a US Army Band, he joined Horace Silver and also played with Stanley Turrentine, Shirley Scott, and George Benson.

It was with fusion that Cobham came to the fore, first with Miles Davis and then as a founding member of the “Mahavishnu Orchestra” with John McLaughlin before launching his solo career.

Celebrated as one of jazz fusion’s best percussionist, Billy Cobham rose to prominence during the late 1960s with Miles Davis as a drummer known for his power and precision.

Billy Cobham toured extensively during the early ’70s after appearing on John McLaughlin’s album “My Goal’s Beyond” and in 1971 Cobham and McLaughlin formed the “Mahavishnu Orchestra.”

He went on to record a number of solo albums to great acclaim including “Crosswinds” and “Total Eclipse” both in 1974 and moved to Switzerland later in the decade.

In 1980 Cobham was a member of the “Jack Bruce & Friends” band before forming “Billy Cobham’s Glass Menagerie”the following year.

Billy Cobham continues to tour and perform he and has been teaching drums online at the Billy Cobham School of Drums within the ArtistWorks Drum Academy since 2011. 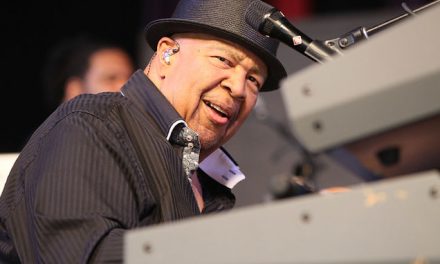