A rousing performance by “The King Of Latin Soul”

Joe Bataan was self-taught on piano, had his first band in 1965, and has recorded at least 17 albums in his career.

He had a big hit with “Gypsy Woman,” recorded many popular albums (including St. Latin’s Day Massacre), was considered an originator of the New York Latin Soul style, and was an early pioneer in disco music.

For this performance from the Boogaloo Legends Concert (May 8-9, 2015), sponsored and filmed by the Hostos Center for the Arts & Culture, Bataan starts singing “Good Ole Days/Muchacho Ordinario” as a nostalgic ballad and then gets rocking on the electric piano.

He dances with plenty of energy, conducts the Boogaloo Revue Orchestra in an excitable fashion, leads the audience in a sing-along, and clearly has a great time. 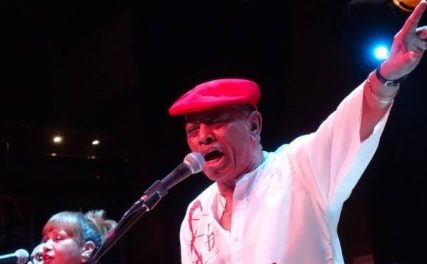