A birthday tribute to the innovative organist

Initially inspired by Jimmy Smith, Young worked in r&b bands in the 1950s, and then was a part of jazz groups led by Jimmy Forrest, Lou Donaldson, Kenny Dorham, Hank Mobley and Tommy Turrentine among others.

Young’s first few albums for the Prestige label found him playing soul jazz and hard bop as he sought to develop an original style that could escape from Jimmy Smith’s dominant influence (which was felt by nearly all organists of the time).

He listened closely to John Coltrane, mastered modal jazz and by the time he made his classic album Unity in 1965, Young sounded unlike any other organist.

If Jimmy Smith was the Charlie Parker of the organ, Larry Young was his instrument’s John Coltrane as he showed on a series of Blue Note albums.

By the late 1960s, Young was again switching directions, becoming a member of the early fusion group the Tony Williams Lifetime (a trio that also included John McLaughlin) and appearing on Miles Davis’ Bitches Brew.

The 1970s were more erratic as he sought to continue developing his own sound during an era when the organ was thought to be going out of style in favor of synthesizers.

Tragically, in 1978 he went into the hospital for stomach pains, contracted pneumonia and died under mysterious circumstances when he was only 37. 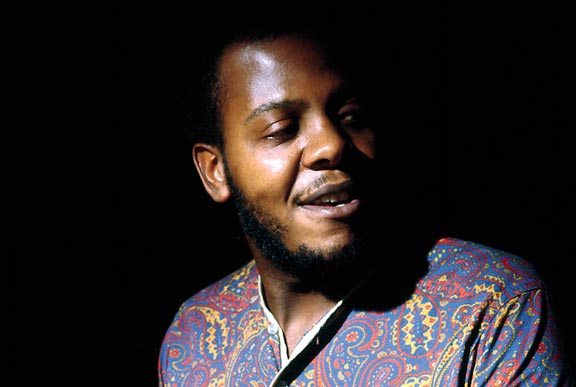