A tribute to the Brazilian fusion singer

She had piano lessons from the age of four, switched to acoustic guitar, and sang with a jazz vocal group in Brazil when she was 14.

At 18 Flora Purim became a solo singer; she met her husband percussionist-drummer Airto Moreira in 1965 and two years later they moved to the United States.

She recorded with Duke Pearson and worked with Stan Getz and Gil Evans, but really made her mark as the singer in the original version of Return To Forever during 1971-72, a group also including leader Chick Corea, Joe Farrell, Stanley Clarke and Airto; their two albums included her trademark songs “500 Miles High” and “Light As A Feather.”

After leaving Return to Forever when the group changed, Flora Purim recorded her first American solo album in 1973, Butterfly Dreams, setting a standard with that and her other solo recordings for Brazilian fusion of the era.

Since then, Purim has remained influential, performing with Carlos Santana, Hermeto Pascoal, McCoy Tyner, Dizzy Gillespie’s United Nation Orchestra in the early 1990s, and most frequently in a group that she co-leads with Airto.

Here is Flora Purim performing in 1985. 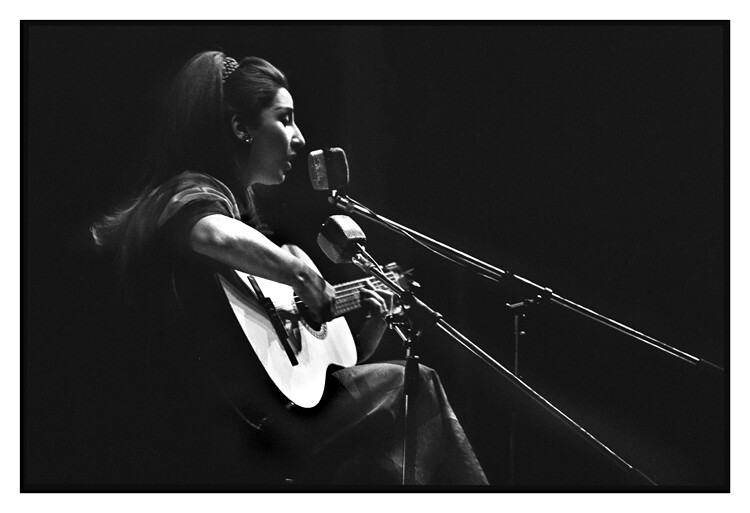