A birthday tribute to the brilliant vibraphonist

Vibraphonist jay Hoggard was born Sept 24, 1954 in Washington D.C., growing up in Mount Vernon, New York as part of a religious family.

His mother gave him piano lessons when he was quite young, and at 15 he began playing the vibes, also briefly playing saxophone.

Originally Hoggard was part of the avant-garde jazz scene, working with Anthony Davis and Leo Smith in New England in the early 1970s.

After moving to New York in 1977, Hoggard collaborated with such notables as Chico Freeman, Cecil Taylor, Sam Rivers and James Newton before gradually opening his style to play more straight ahead jazz.

In his career he has led at least 22 albums (including a tribute to Lionel Hampton), been on over 50 as a sideman, taught as a Professor of Music at Wesleyan University for over 25 years, and worked with everyone from Anthony Braxton to Kenny Burrell and most frequently as a leader. 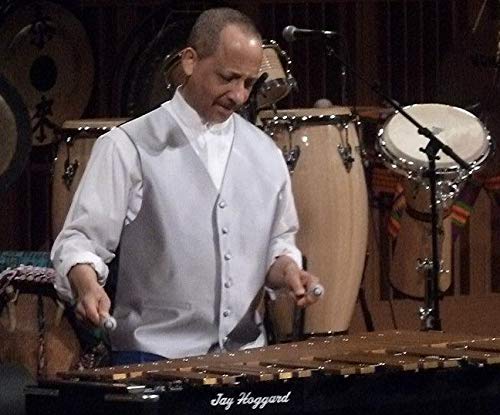