He was the prize pupil, and later friend and colleague, of stride pianist James P. Johnson. His influence on the development of jazz as an art form and a popular form of music is incalculable.

Waller authored over four hundred songs from the early 1920’s until his death in 1943, and remains uncredited for many others.

Master of stride piano, Thomas “Fats” Waller was a prolific composer with a slew of popular hits to his credit that were destined to become standards.

The son of a reverend in Harlem he started on the piano when he was young before moving on to church organ and performing at Lincoln Theater by age fourteen.

Defying his father’s wishes, in 1919 Waller turned professional and embarked on what would become an extremely successful career as a song writer and entertainer.

He made his greatest contribution to Harlem stride with a number of 1929 solo recordings featuring compositions including “Smashing Thirds”, “Numb Fumblin’”, and “Handful of Keys.”

During the 1930s Waller toured Europe to great acclaim and would appear in a number of short subject films, and the full feature “Stormy Weather” shortly before his death from pneumonia in 1943.

Fat’s Waller performs one of his most famous compositions accompanied by “His Rhythm” in the 1942 Soundie “Honeysuckle Rose.” 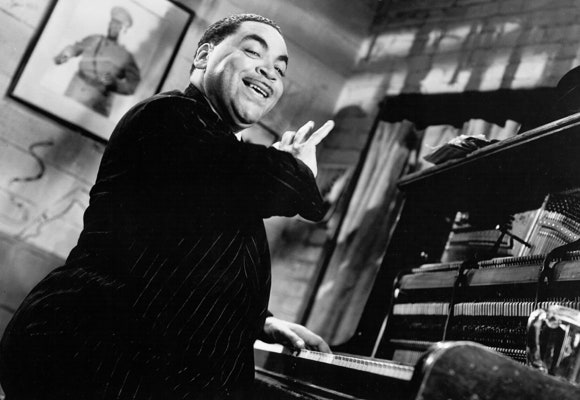 Your Feet’s Too Big

The Joint Is Jumping